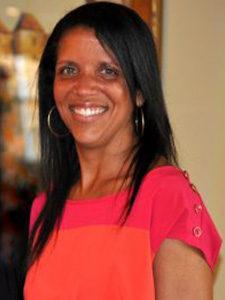 Gail is motivated by being involved in organizations that are committed to eliminating racism, empowering women, social justice, and leadership development. Her commitment for the support and advancement of women in our region is apparent – not only in her day-to-day  role as the executive director of the YWCA of Southeastern Massachusetts, but in all of her community work where she serves on several boards. In 2015, she was named as New Bedford’s Woman of the Year by the Standard Times and and was named a 2016 Unsung Heroine by the  Massachusetts Commission on the Status of Women.

What do you do professionally?

I’m the Executive Director, YWCA Southeastern Massachusetts where our mission is to eliminate racism, empower women and promote peace, justice, freedom and dignity for all. The YWCA has been instrumental in positive change and development for women and their families by providing services that are part of its current four focus areas:  Adult Services, Health and Wellness, Residential Services, and Youth Services. The YWCA has also been at the forefront of addressing issues of racial and gender inequalities, advocating for justice, economic advancement, and the empowerment of women and girls.

How are you involved in the community and what motivates you to engage?

I’m motivated by being involved in organizations that are committed to eliminating racism, empowering women, social justice and leadership development. I have been involved with many organizations throughout the area and am currently a board member for the Cape Verdean Association in New Bedford, Temple Landing, BayCoast Bank, Alma del Mar Charter School, and the New Bedford Chamber of Commerce.

I also host a show on Dartmouth Community Tevision called Voice of SouthCoast Women which is sponsored by the Bristol County Commission on the Status of Women. The show features panel discussions on different topics relevant to women and their families. Previous topics have included education, domestic violence, mental and physical health, women in the media, immigration, equal pay and Women’s Advocacy Day at the State House in Boston.

What did you find most valuable about the LSC experience and how did it contribute to your community leadership?

What I found valuable about LSC was meeting and working closely with people from different sectors- private, public and non-profit. I also enjoyed working in teams/groups to delve deeper into issues related to education, economic development, social services and government. Our day at the State House was my favorite day! It was the first time I took the train to Boston! I participated in LSC when I was first promoted to my role as executive director at the YWCA. It’s very different moving from a direct service role to the executive director position – participating in LSC gave me the additional tools needed to make it an easier transition.

Describe your leadership in one word.

facebooktwitterlinkedininstagram
Back To Top
×